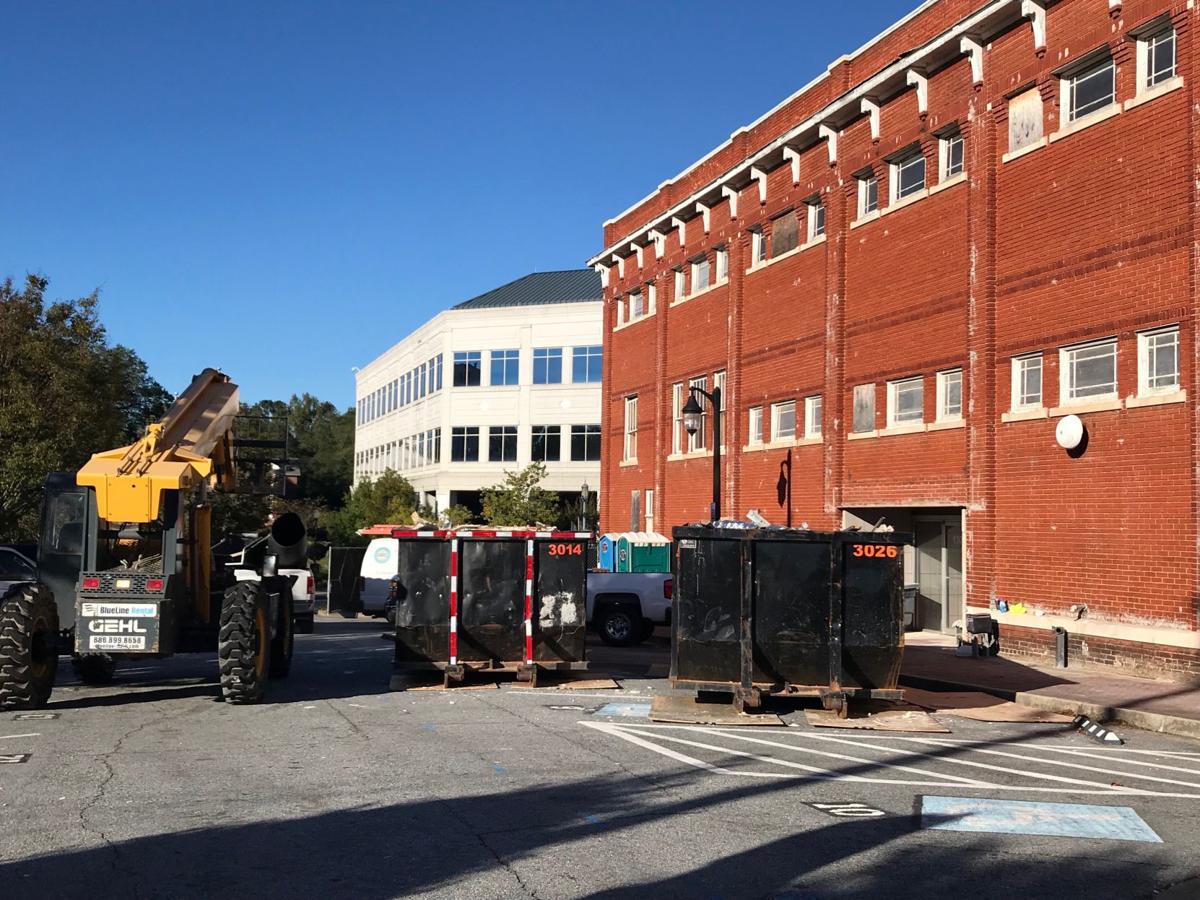 A portion of the sidewalk along North and Main streets closest to the Jones Building will be affected by the construction for now, Gold said.

“We realize that this will have an effect on downtown parking and regret the inconvenience to our driving public, however we also rejoice in the beginning of this long awaited project,” she said.

A final budget of the project has not been determined, but the city will look closer at setting one as demolition starts this week, Peppers said. Staff should have the budget for city council members to approve in November, he said.

“We anticipate the project taking a maximum of 10 months,” he said.

When asked if there were any interested or planned tenants, Peppers said there were a few parties considering the future space.

“Lots of people are interested in the project, but the council has not determined the finished product yet,” he said.