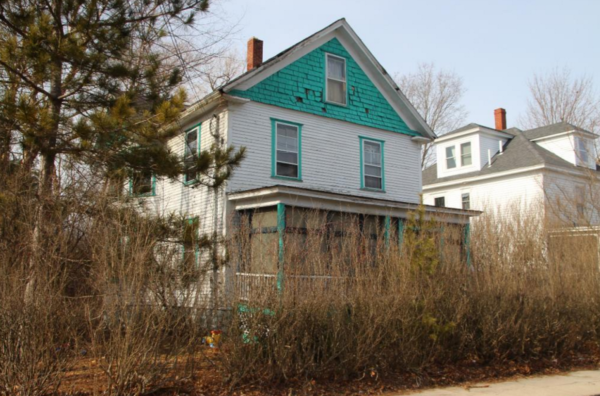 A structural engineer in a November 2016 report said the house is not safe and not viable for renovation. The house has mold, sagging floors and ceilings, broken steps, the roof is compromised, and a host of other issues, according to the engineer. The house has been vacant for several years, city officials said at the time.

According to a structural engineering report from Civil Consultants, the 2016 inspection showed the building is structurally unsound.

“The roof has been compromised on the north side for what appears to be many years,” wrote structural engineer Geoffrey R. Aleva. “Water has entered the building and has destroyed the adjacent roof and floor systems. I would not allow access to the second floor due to safety concerns.”

Neighbors have sought action on the property for years.

The property is one of several actions the city has undertaken on abandoned or blighted buildings. Buck on Tuesday brought the City Council up to date on some others, including 2 Sherburne St., a tax acquired, city-owned property. Buck said that has been slated for demolition. He said the city administration is working on demolition in exchange for a redevelopment plan. He said the goal is to remove the existing structure and replace it with a new, single-family or two-unit residential building.