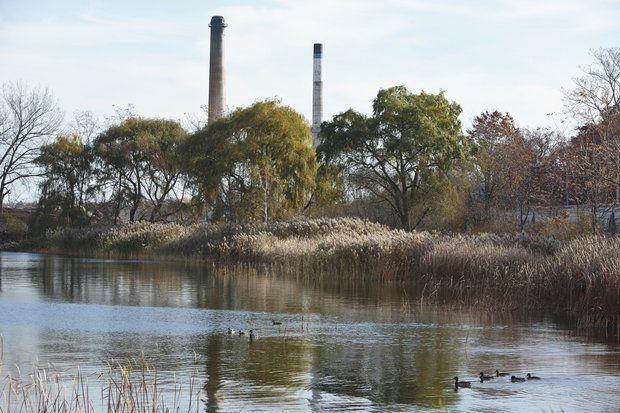 The east stack is scheduled to be imploded at 8 a.m. July 17. The west stack is not expected to be demolished until September at the earliest.

Streets a block south of Lakeshore also will be closed, to maintain a 1,000-foot perimeter around the demolition site, Lewis said. Sheriff and city fire department boats will be in Muskegon Lake to maintain the perimeter on the water.

Residents in the area have been notified they must either evacuate or shelter in place, Lewis said.

The streets will remain closed for three hours after the scheduled demolition to allow time for air quality monitoring and other testing, Lewis said.

The stack has asbestos paint on it, and the plan originally was to remove the paint prior to demolition. However, the stack’s crumbling condition and the danger of “imminent” collapse forced a change in those plans, and the debris will be treated as hazardous material.